C.W. Worth House Bed and Breakfast

Many of you have asked “What does Doug do when he goes on a disaster with the American Red Cross?   Doug has been a volunteer with the American Red Cross for over 20 years and has been all over the country helping people affected by natural and man made disasters.  “My motivation is to give back to the community and to be part of the Red Cross movement that helps so many people all across the country and the world” says Doug.   He loves what he does…not only in other locations, but right here at home as well.  Doug has been a Disaster Action Team captain locally for 16 years.  A Disaster Action Team will respond to local disasters such as a house fire in the middle of the night…when-ever they get ‘the call’ ensuring that a displaced family is provided with the basic needs such as food, clothing, or shelter.  On a disaster outside of the Wilmington area he is part of a much larger response where there may be hundreds or even thousands of Red cross workers from all over the country.  Doug has responded to the 9/11 disaster both at the Pentagon and New York City, flooding in Oklahoma, tornadoes in Georgia and Iowa, hurricane Katrina and Rita in Louisiana, hurricane Georges in Puerto Rico, hurricanes Bertha, Fran, Bonnie, Dennis, Floyd, Irene in Wilmington, Irene in New England, Isaac in Louisiana, summer storms/power outage in West Virginia as well as Sandy in West Virginia and New York and will travel to New Jersey for Sandy in February.  As a Government Operations Manager, Doug oversees several Government Liaisons who staff city, county and state Emergency Operations Centers as well as Federal facilities like a FEMA Joint Field Office during an event.  These liaisons interact with governmental agencies and act as conduits of information providing significant information to and from our government partners.  The American Red Cross is NOT a government agency and does NOT receive any direct funding from the government for any of their programs.. The American Red Cross relies on the generosity of the American public to provide time, talent and monetary donations to fulfill its mission. 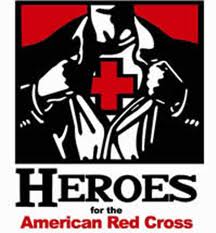 While Doug is away from the inn for sometimes as long as a month at a time Margi is hard at work providing our guests with her expertise in the hospitality department.  There is a whole lot more to it than that, there is cooking, cleaning, shopping, taking care of Simon, marketing, banking, maintenance and ensuring the best possible experience for our guests…doing the work of two! Margi is Doug’s biggest supporter and Doug wouldn’t be able to do it without support from Margi!  Margi is Doug’s superstar. Visit us again soon at C.W. Worth House!

Newsletter SignupSign up for the latest news from C.W. Worth House Bed and BreakfastSign Up Now